A fil rouge in this 2022 for some of our conductors: Brazil

2022 has a common denominator for some APM’s conductors: Brazil.

Cem Mansur, Neil Thomson and Alessandro Crudele arrive in this fascinating and exotic land with their music. 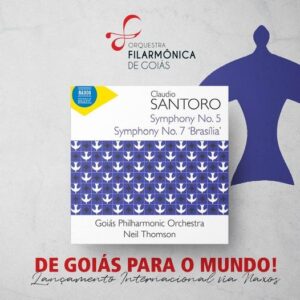 The first among them is Neil Thomson who conducted the Orquestra Filarmônica de Goiás in the recording of a new album: Santoro’s Symphonies Nos. 5 & 7

Claudio Santoro is one of the most celebrated Brazilian composers of all time. Maestro Neil Thomson together with the Orquestra Filarmônica de Goiás recorded this album presenting symphonies number 5 and 7, composed around 1950, a period in which Maestro Santoro sought a more direct and communicative language using many Brazilian elements in his scores.

You just have to find it out! You can listen to the album here! 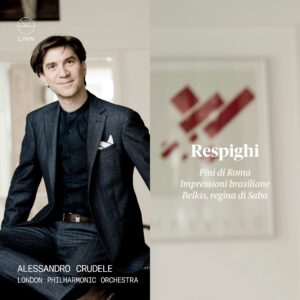 In the last months Alessandro Crudele recorded his first album with the London Philharmonic Orchestra! Retracing the colorful journey led by Maestro Ottorino Respighi between Rome, Brazil and across the desert. For now you can pre-order it here, waiting for it to be released worldwide on June 3rd. The album is realized by Linn Records.

Cem Mansur will fly to Brazil for two concerts on July 16 and 17 for the 52nd edition of the Festival Internacional de Inverno de Campos do Jordão where, in addition to conducting the two concerts, he will also give lessons throughout the week. The concerts will take place in Campos and in the Sala São Paulo.

This year, Brazil will host us in other interesting occasions, STAY TUNED!