The Laboratory of Democracy

A PROJECT BY CEM MANSUR

The Laboratory of Democracy – An orchestral session:

Promoters the world over are concerned about aging and dwindling audiences. There is a pervasive general sense that classical music is no longer relevant in the 21st century – an age where instant gratification and short attention spans have become the norm – which has largely to do with taking the great tradition of classical music for granted. As part of education programs, classical music needs to be presented in a context that reaffirms its timeless value and universality and the fact that it can work wonders for social cohesion and the integration of immigrant communities. Any claim for the universal appeal of this  much “Western” musical culture as opposed to others can be seen as “Eurocentric” and politically incorrect. However,  by sharing thoughts about the universal values inherent in and transmittable through this music we can help to secure its continued funding and encourage audiences by creating for them a sense of belonging. As a musician who has had the opportunity to explore the validity of these arguments in so-called “alien” soil, Turkish conductor Cem Mansur is well placed to make the case for western tradition as a unique tool for cultural integration through local orchestras and opera theaters. In Cem’s words a summary of his approach to the Laboratory of Democracy is as follows.

Based on past experience, I can propose a two-hour session that can be repeated a number of times or in different locations. This would be an open rehearsal or workshop followed by a concert where conditions and time allow. Where appropriate I could go into the communities to have conversation sessions by way of an introduction into the main event. This would consist of a talk and discussion about the role of classical music; why I feel it has a message far beyond the historical and geographical conditions of the creation of these masterpieces, the universal values that the whole world is aspires to and which exist in emotional code in the music written a the time these very values were achieved. The declaration of human rights, advances in healthcare, the Reformation, the Enlightenment, industrial revolution etc. We would discuss the question of identity, why immigrant communities generally shy away from the mainstream classical culture, how as taxpayers in their adopted community, the provision of music and opera is a “right” that would allow them to feel at home in multiple identities without feeling they have to choose.  Music can help establish an emotional connection to the history and culture of the host country. Allowing Beethoven in our life makes us only richer not less “Turkish” etc. Music is the only medium where a dual national identity is possible. It shows us the futility of subscribing to national stereotypes.

The open Rehearsal would be entitled:

“The Laboratory of Democracy”

Democracy and the Symphony Orchestra are hardly mentioned in the same breath, but I am able to demonstrate that the orchestra is the best metaphor for a society where different voices interact and the seemingly irreconcilable elements combine to make a harmonious whole. Nowhere is the will and instinct to coexist as focused as it is in the orchestra. This, in line with a changing culture of leadership allows me to demonstrate that every instance of human conflict and its resolution lies in the pages of every great symphony. I rehearse in public using the basic five the basic concepts of democracy as reference points: majority rule and minority rights, equality before the law, individual worth, compromise, personal freedom. The nature of leadership: there is no place for musical dictators. I explain how a leader can become necessary as a “necessary evil” in the historical context. The conductor’s role is one of empowering the musicians by the sharing of information, one of  motivating to contribute towards a “whole” greater than oneself.

The above format may not allow for more than just the mention of this, but I feel it is also important that we encourage people to listen to live performances in a world where where “listening” has been mostly confined to recordings. Exploring the concept of time as the main material of music, of encouraging a listening culture that helps make sense of every second as a fleeting reality, the length of a musical phrase or work as a metaphor for being alive, music as the only human activity that makes us aware of the transience of time and which encourages us to value it. This awareness should be part of any argument for local orchestras to exist in the world where the best “performance” but in truth, only the illusion of one is only a click away. 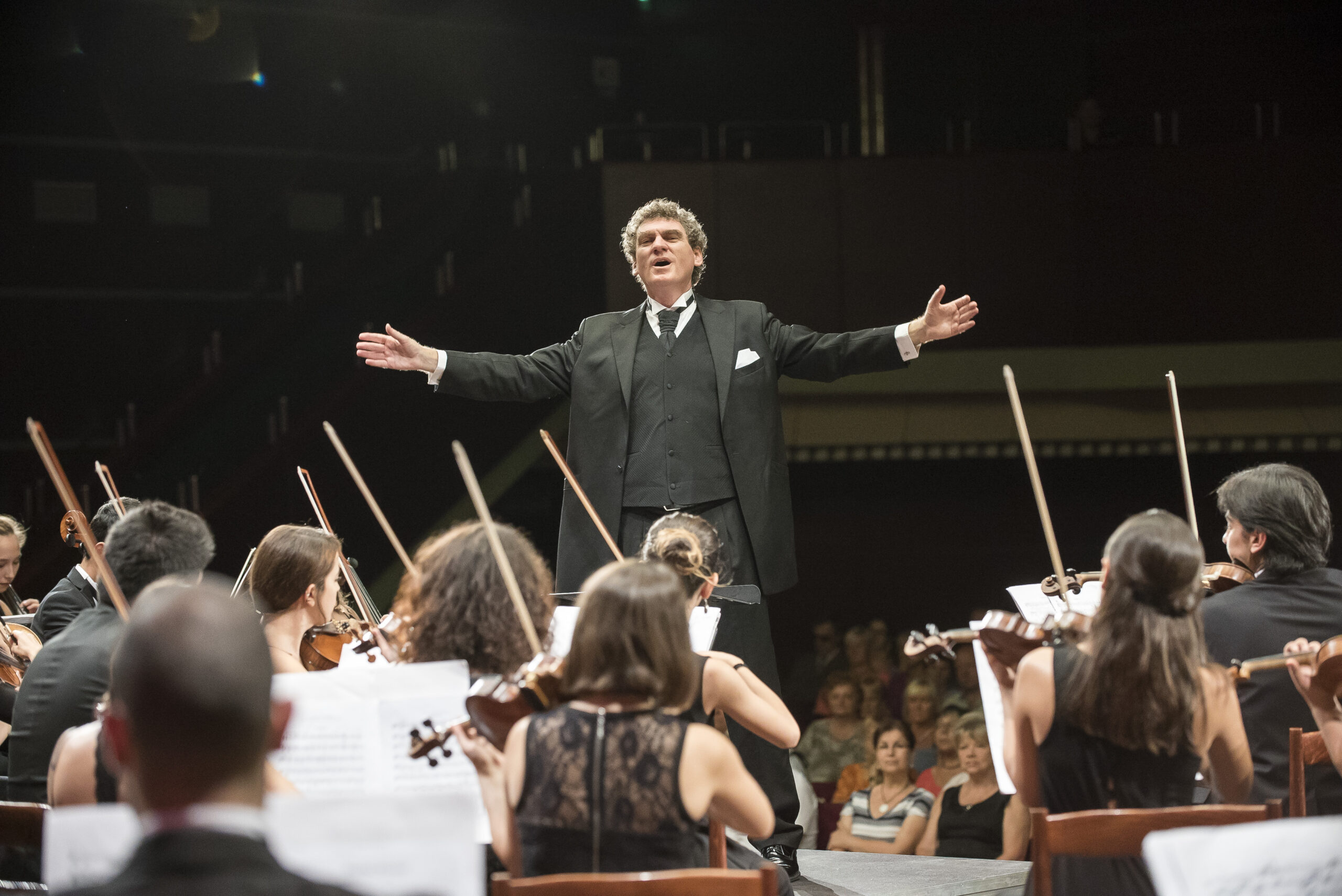