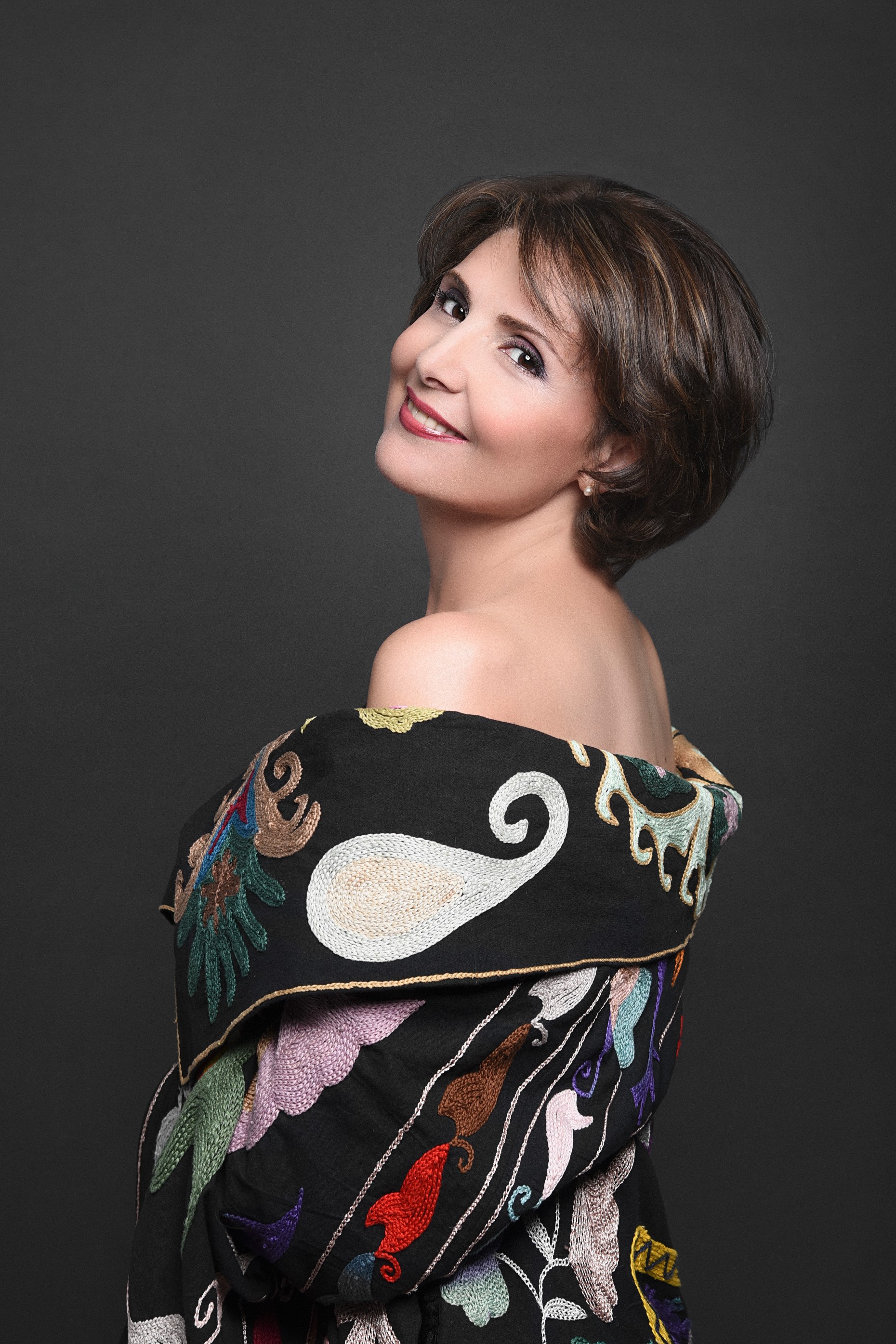 Born in Tbilisi, Georgia, in a family of poets and writers, Elisso Bolkvadze began her musical study at the early age of four and performed her first concert with orchestra at the age of seven.

She’s a musician with numerous talents with an outstanding sensibility and brilliant virtuosity. As described by legendary Maestro Zubin Mehta, she is a pianist with a “complete control over the instrument”.

A superstar in her country of birth, prize winner of many international piano world competitions, Elisso Bolkvadze was awarded with “The Medal of Georgian Government” – one of the most prestigious national honors.

Bolkvadze is actively engaged in charity actions in order to help young talents and founded Charity Foundation “Lyra” in 2013, in her homeland Georgia.

In 2015 Bolkvadze released an album “Prokofiev, Schubert” with Lable Audite that had a great critical acclaim and granted the title « Pianist Maestro ».

As an artist actively engaged in cultural and human rights actions, Elisso Bolkvadze gave a charity concert in March 2014 at Victoria Hall Geneva, she played Saint-Saens piano concerto N2 with the United Nations Orchestra for supporting Georgian children that have suffered from war. As well as series of charity concerts in Georgia in order to help individual patients and children affected by cancer.

Elisso Bolkvadze performed a recital concert “Piano for Peace” at Nobel Prize World Summit in Warsaw, in 2013 in presence of Sharon Stone.

She participated in March of 2017 with Angelina Jolie in a conference organized by United Nations General Assembly in Geneva.

For her outstanding contribution to the development of culture and personal commitment to cultural exchanges between France and Georgia, Elisso Bolkvadze received the distinction of Chevalier des Arts et Lettres by French Republic.

The Georgian artist has established herself as a vivid cultural heritage protector and became UNESCO Artist for Peace in 2015.

On 21st of September 2018, Giorgi Margvelashvili, President of Georgia has awarded Order of Honor to Elisso Bolkvadze, for promoting Georgian culture and creative activities.