While fantastic reviews continue to be published about Debussy, the latest piano album, Vanessa Benelli Mosell is also achieving great success as conductor and, after having conducted the Lithuanian State Symphony Orchestra and the Polish orchestra Filharmonia Kameralna im. Witolda Lutosławskiego w Łomży, she was also invited by the German Klassische Philharmonie Bonn to conduct a tour in some of the most important concert halls in Germany including the wonderful Konzerthaus in Berlin:

The program included Richard Wagner’s Siegfried and Mozart’s Symphony No.35. The Oboe Concerto by Ludwig August Lebrun was performed with the soloist Tsai Chen Juan.

Vanessa received excellent feedback from the critics, enthusiastic about her performance as a director:

…The Italian living in Paris has an impressive CV. She studied in Italy, Moscow, London and Strasbourg, has conducted several orchestras throughout Europe and embodies the great potential of today’s generation of female conductors. [Wagner] The Klassische Philharmonie Bonn was excellent at interpreting the velvety soft sound that expresses this piece. Benelli Mosell worked out the endless lyrics wonderfully. [Lebrun] The soloist perfectly coordinated as in a chamber music interaction with the orchestra. The audience honored this performance with a long applause. The last part of the program fully lived up to the title of the concert series [Wiener Klassik]: Mozart’s Symphony No. 35 in D major, also known as the “Haffner Symphony”, that energetically concluded the program. As a souvenir from Benelli Mosell’s Italian homeland as an encore, the overture to the opera buffa “L’Italiana in Algeri” by Gioachino Rossini, which triggered enthusiasm and a long applause from the audience.” – Sarah Lindenmayer, BNN

“She must have an unlimited capacity for absorption, because the program … even though it does not contain unusual compositions, it’s also not the most common repertoire pieces. So she must have had to learn everything anew. Vanessa Benelli Mosell performed with an admirable assurance and modesty. After the first bars it was clear that this was matched by a straightforward and elegant conducting. This is exactly what Richard Wagner’s Siegfried Idyll did particularly well. The audience could experience the tenderness of the beginning, the blossoming of the great middle section … and the peaceful conclusion without any bombast as a true idyll.” [Mozart] It made impression and caused long applause, but the encore, Rossini’s … with its simple, pleasing and effective structures, caused storms of applause.” – Westfalenblatt 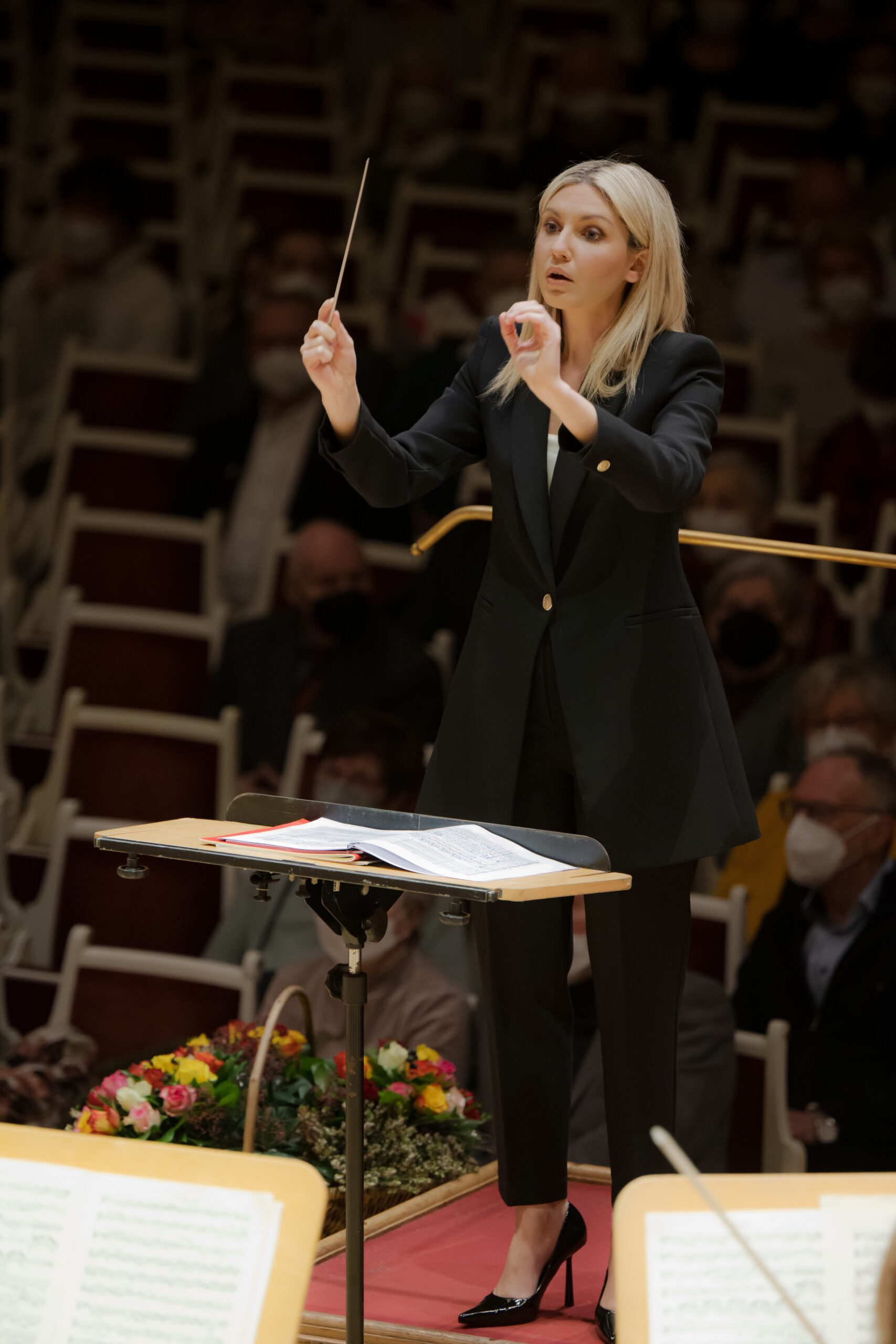 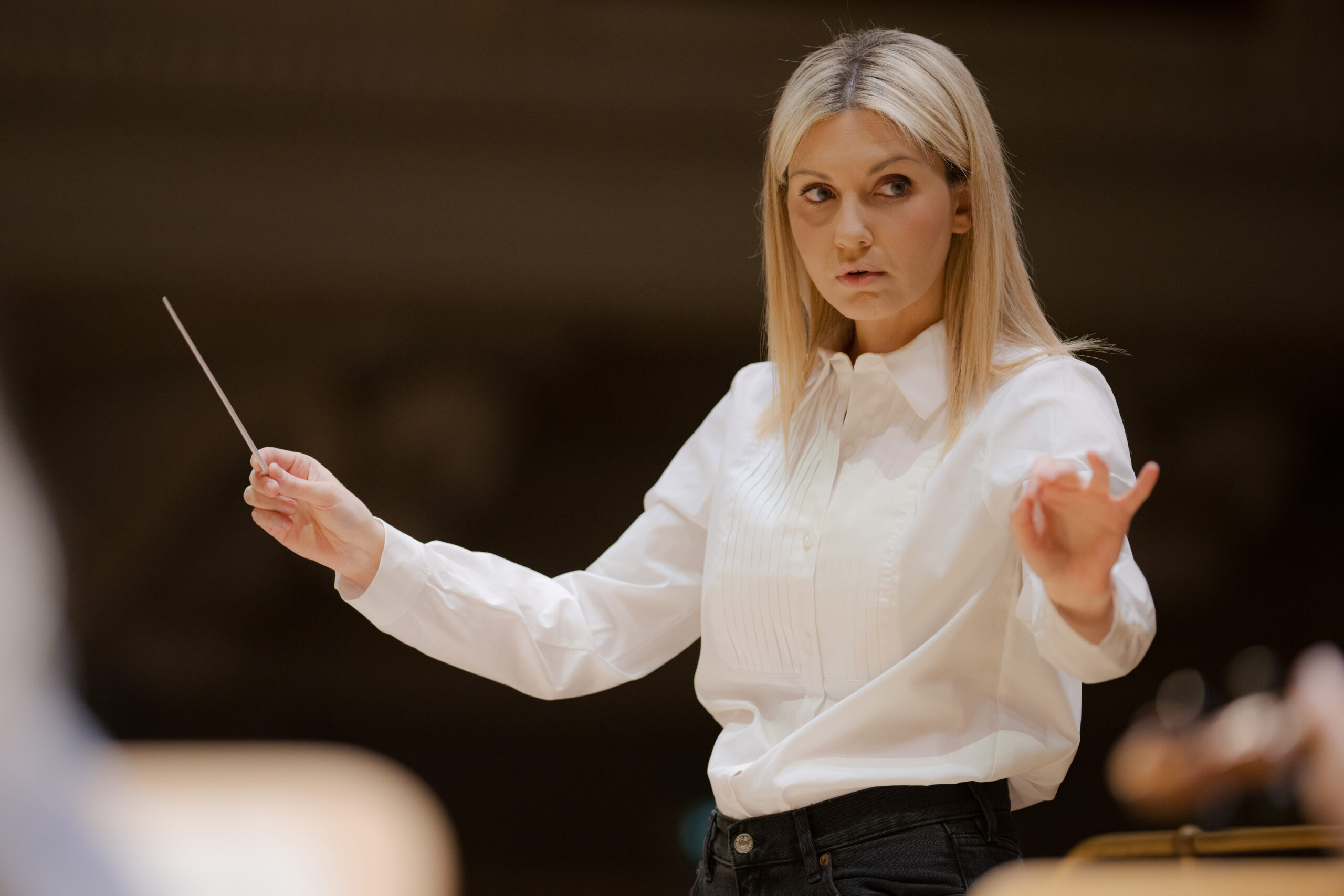 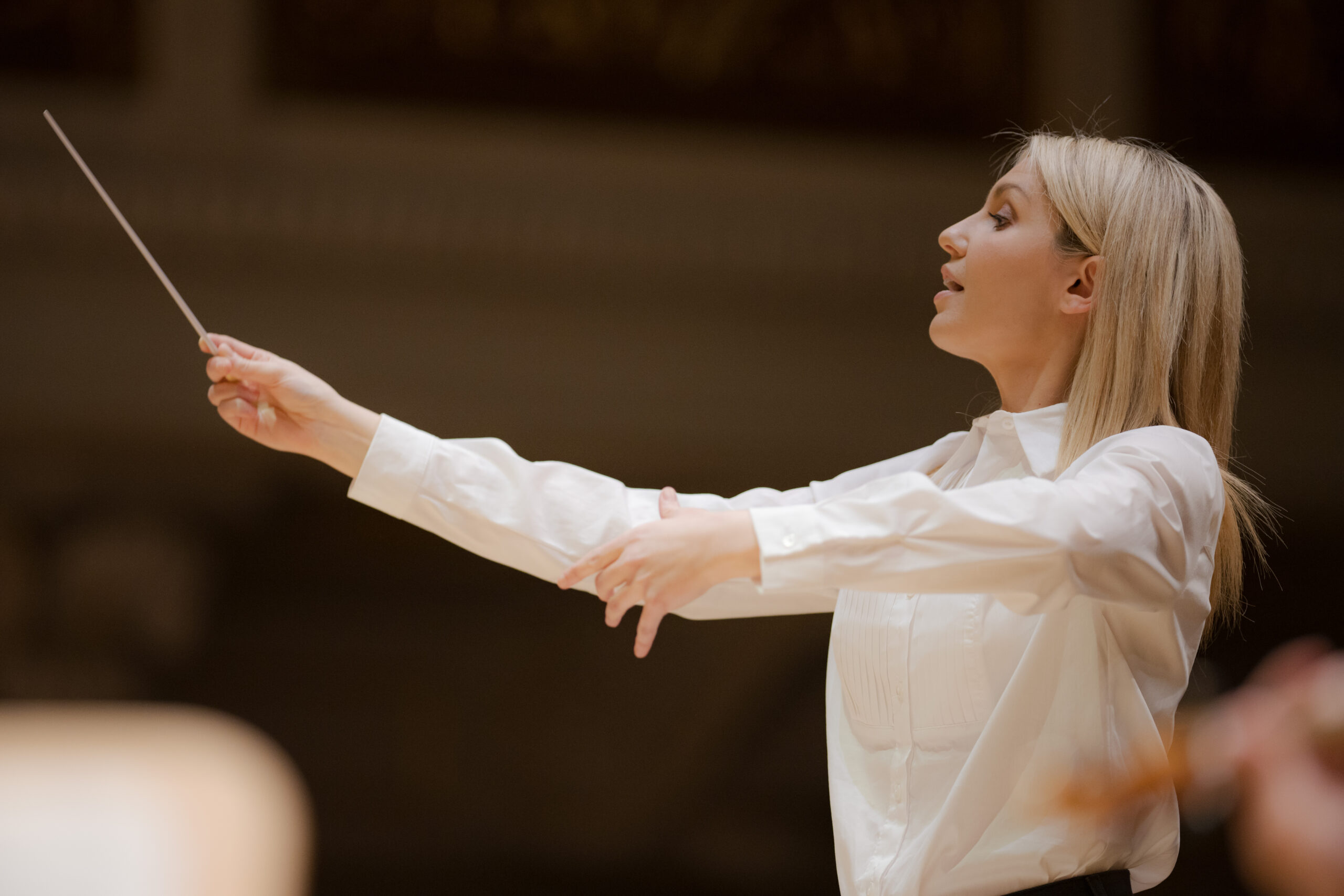 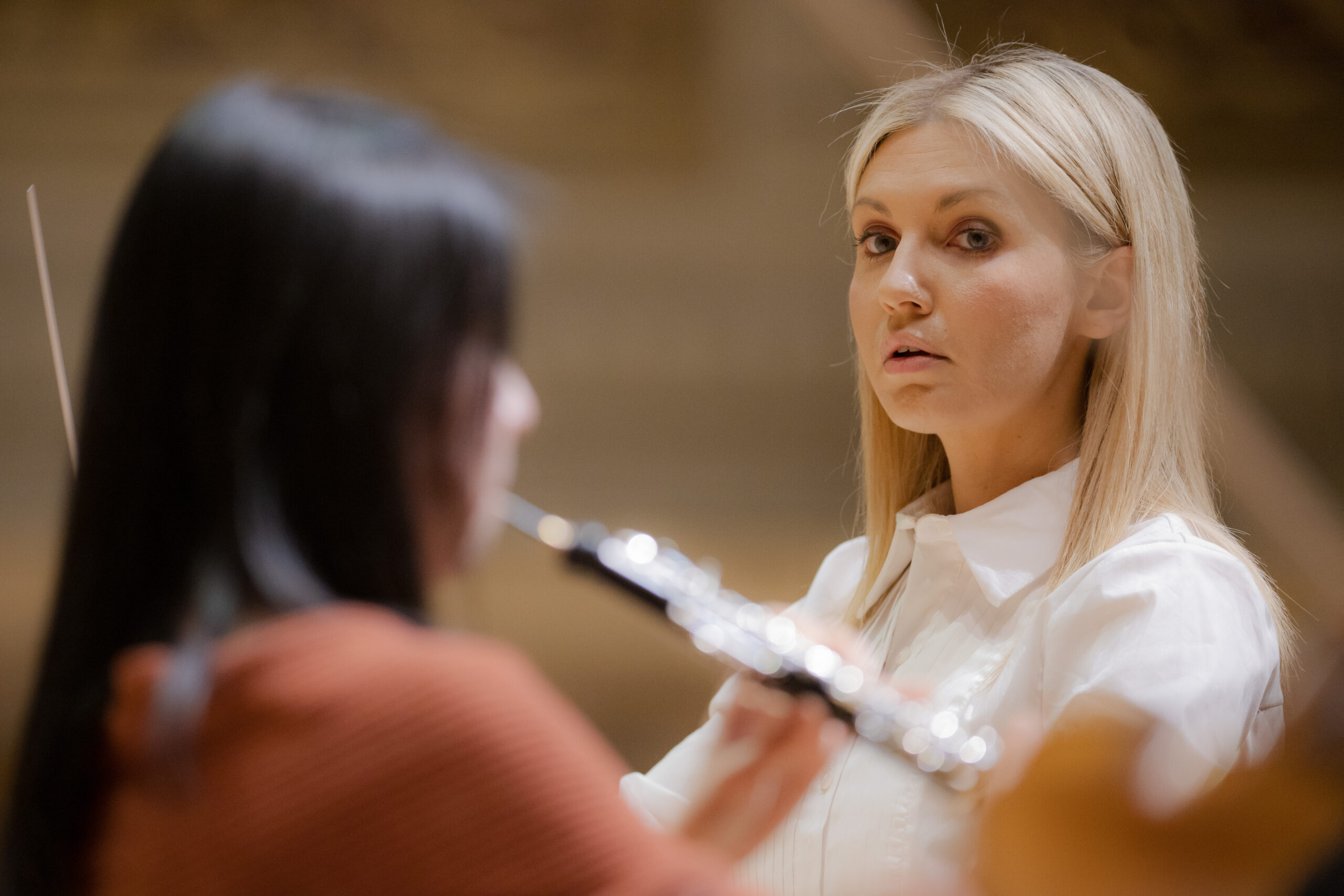 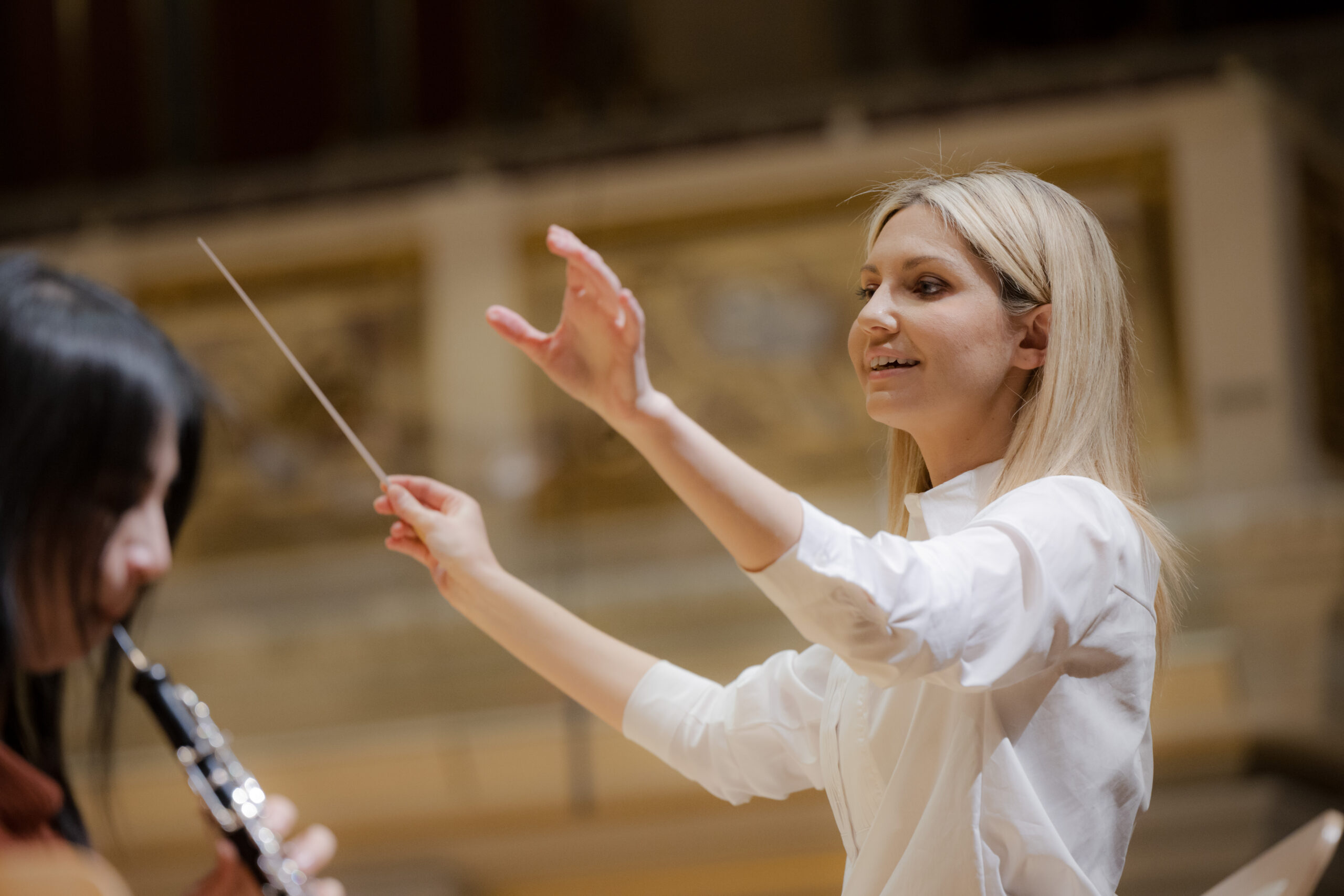 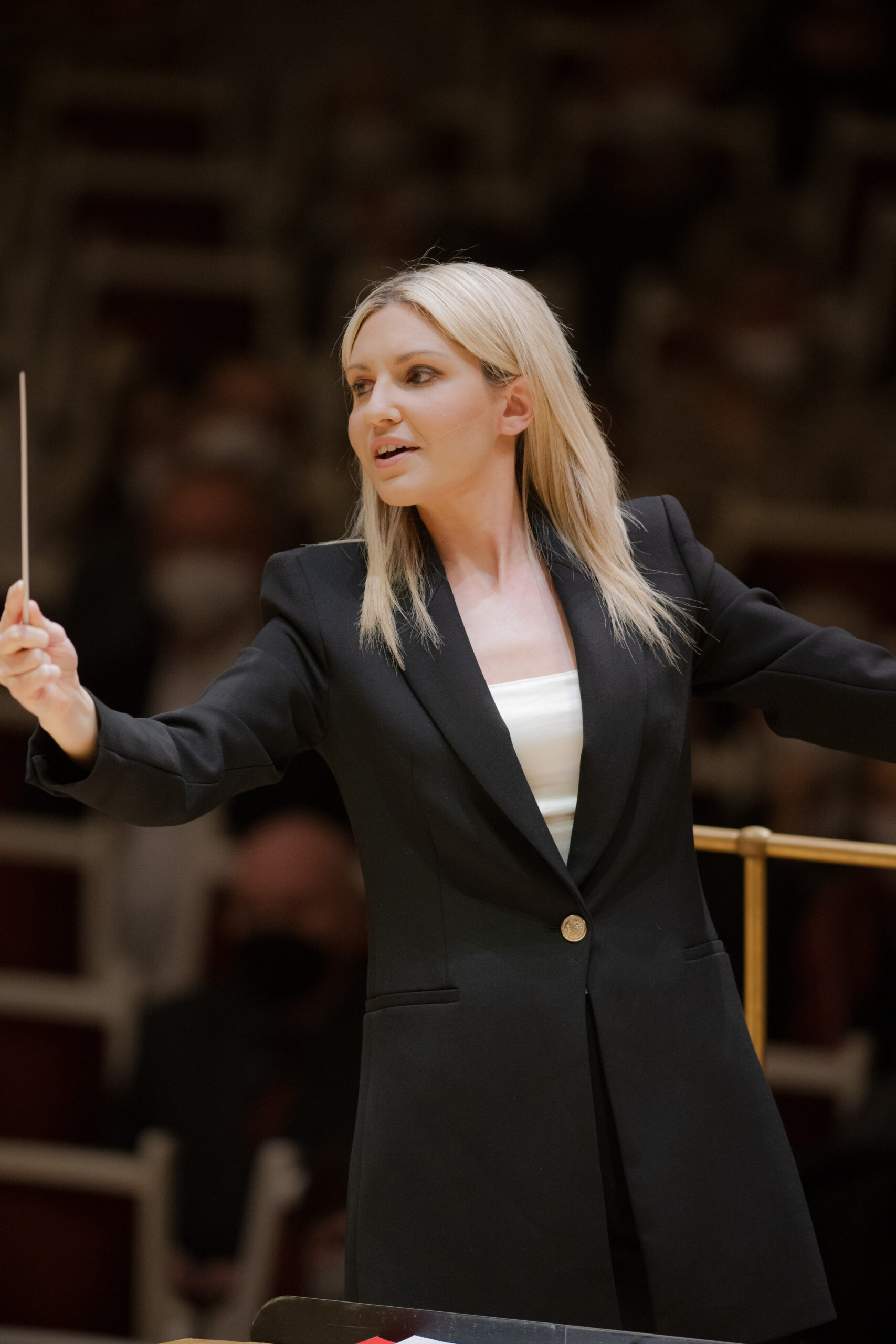 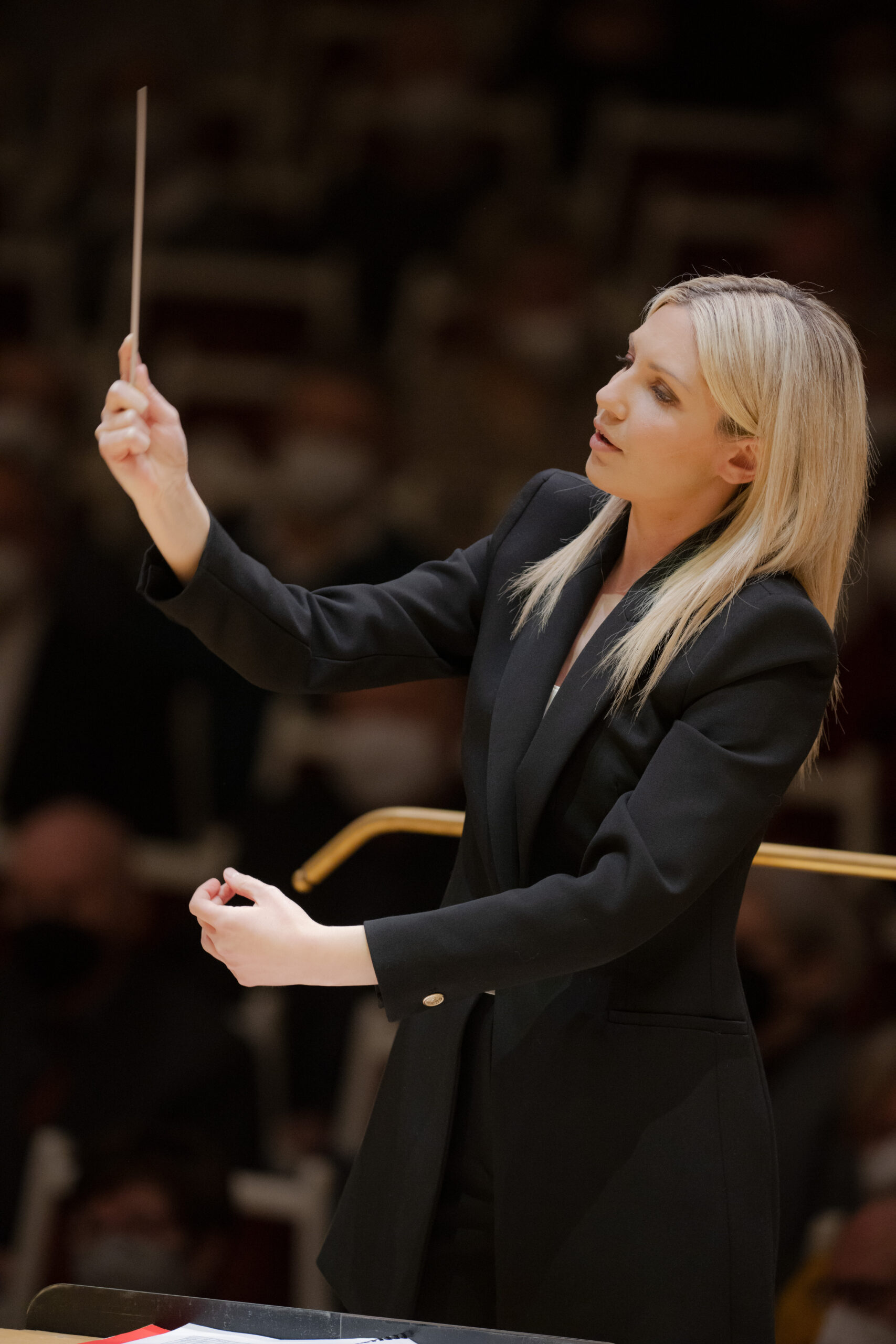 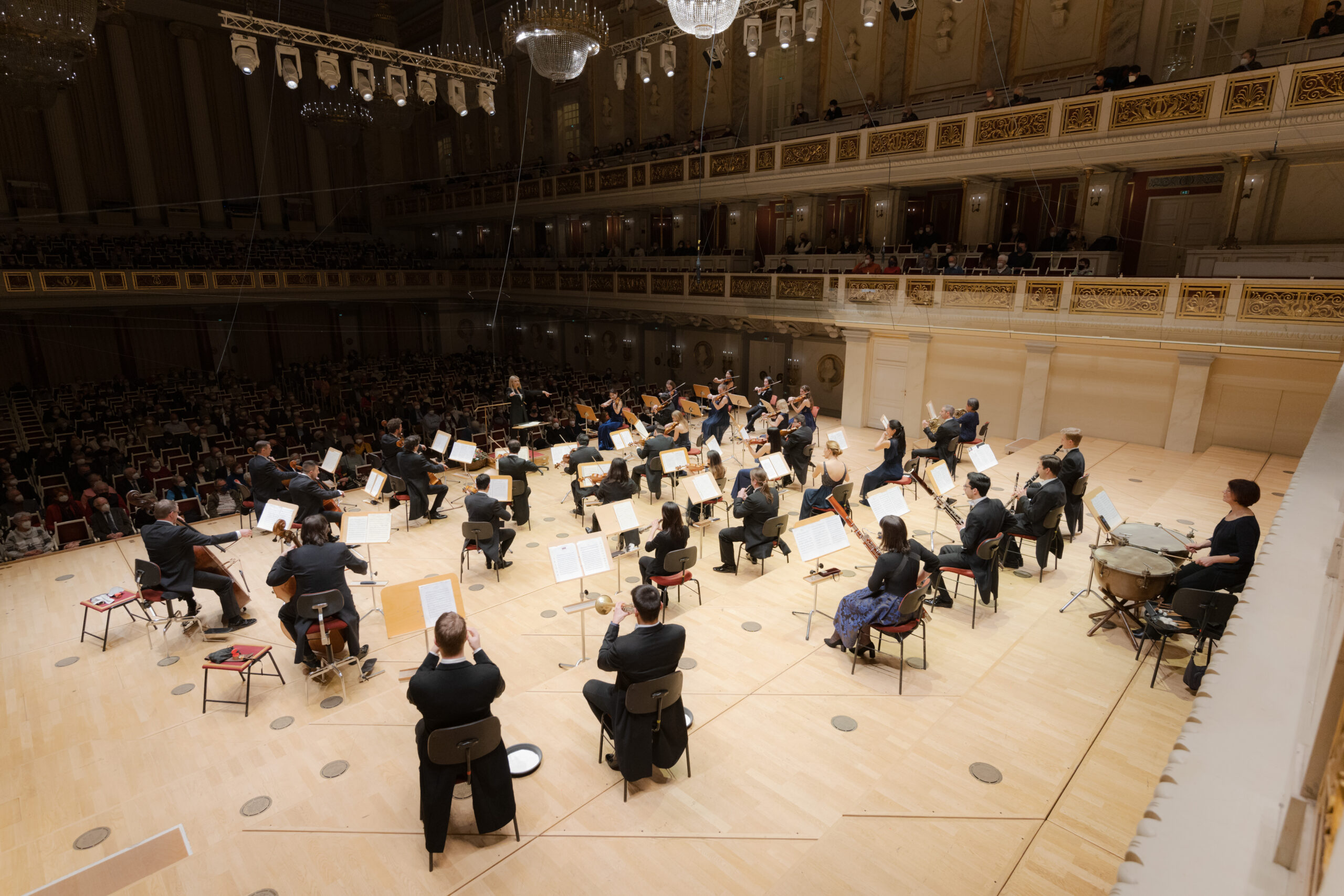 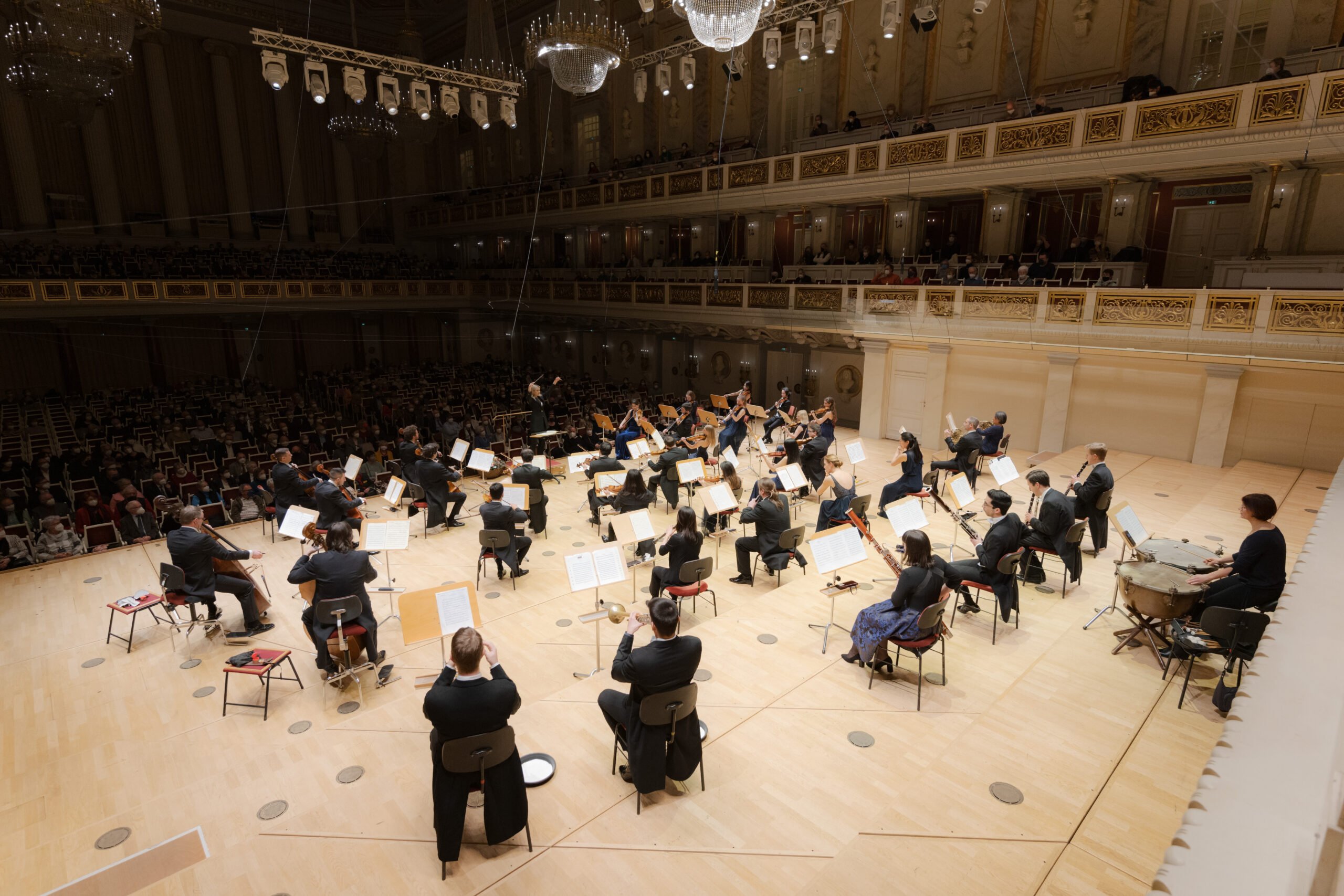 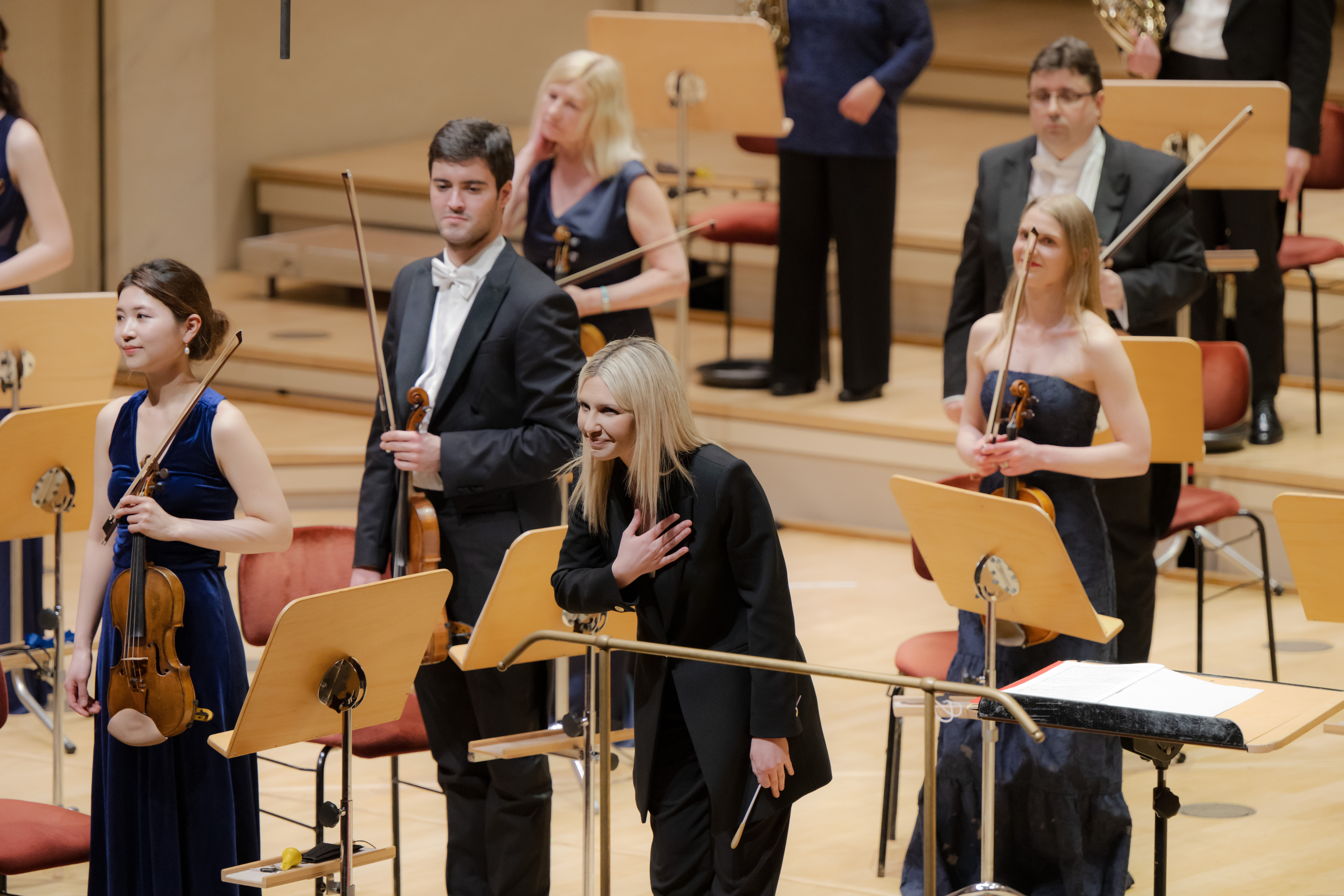